Wadih Kuri said today “our philosophy and culture has always been to consider that every one of our employees is a leader in their own right. They each and every one work hard and committedly, and all are respected equally; and I personally recognize, and always appreciate, their dedication.

The purpose of this announcement is really to allow others to be aware of those who we have been fortunate enough to win the loyalty of over the past years, and who happen to be very qualified for the overall lead positions in the company.

And we have made some relatively recent expansion in the top positions, as is required and necessary for a rapidly growing, world-class company, with all the needs and expectations that that responsibility entails.

So, I am pleased to more publicly recognize our senior management team, as follows; thank you, and my sincere thanks to them, but also to all our loyal staff not mentioned below:”

Educated in Los Angeles, then at the Autonomous University of Baja California Sur, Moises joined Sony and spent four years with responsibility for Tax and Payroll, then Hyundai three years, and Waste Management for over two years, before moving to a U.S. based Medical Devices manufacturer where he stayed for 14 years, several of which were as Managing Director prior to being headhunted by ABC for a key role that combines the essentials of being Managing Director with the full duties of a CFO. Moises speaks naturally in both English and Spanish.

In 1995, Mauricio graduated from the University of Monterey with a Degree in Industrial Engineering. He was with Tecnol for two years as a Structural Engineer and at Indalum (Mexico’s second largest extrusion manufacturer after Cuprum) for seven, ultimately becoming Plant Manager.

Mauricio has been with ABC for the past nine years, and during that time has taken responsibility for executing the design and development of ABC’s wholesale expansion; as an example: a new press is ordered – Mauricio designs, instructs and oversees every detail of the new building layouts, press installation through to operation, and similarly the control systems, run-out tables, ovens, quench tanks, always with close attention to workflow efficiency.

Mauricio is there from breaking ground to ribbon-cutting.

A sleeves-rolled-up approach, there is nothing that gets the better of this superb engineer. Mauricio ensures the seamless day-to-day production as well. Mauricio also is fluent in English and Spanish.

An Industrial Engineer by background, Juan Jose is a valuable recent addition to the ABC team. With Quality Control being his driving force, and with a deep understanding of the latest software management-systems technology, ABC’s successful introduction of the LIBRA workstation production and control software has been assured. ABC’s hallmark stands for quality, and Juan Jose is a vital leader in ensuring that our standards excel expectations. Juan Jose too is bi-lingual.

Graduating as an Industrial Engineer in1996, Roberto added a Master of Business Management in 2005 and then qualified as a Six Sigma Green Belt two years ago.

Roberto comes to us from MASCO where he began his career in 2004. During the intervening years, he has worked with MASCO subsidiaries that include Milgard Windows in Hollister, CA (Door and Window assemblies), Delta Fawcet and Behr Paints. As an accomplished Operations Manager, he was accountable for quality, safety and productivity; and compliance with US and Mx Customs requirements, and much more besides, and Roberto has many quantifiable and impressive achievements in his resume.

Of especial interest to Roberto and to ABC, has been the mutual opportunity to leverage Roberto’s passion, gained over the past years, in conjunction with his understanding of the science of metallurgy, to optimize current technology for the benefit of beautifying and perfecting the finishes ABC provides to customers.

Clearly Roberto brings great experience and has much to offer; initially, the focus is upon ensuring that ABC uses every technique to ensure consistently high quality finishes, whether that be anodizing, or powder coating, bright dip, brushed, matt, wood or other decorative. Roberto is fluent in English and Spanish.

Edgar graduated from the University of Tijuana with a degree in Architecture, and then spent three years as an architectural designer with the Government, after which he joined Mecalux and was responsible for designing their innovative warehouse racking system solutions.

Edgar joined ABC in 2012 and immediately applied his talents to learning everything ABC had to offer regarding engineering. Integrating his architectural training with a natural aptitude and interest in engineering, Edgar mastered every nuance of ABC’s technology, and excelled. We congratulate Edgar in his recent promotion to Chief Engineer. Edgar too is bi-lingual.

Graduating from the University of Guadalajara as an Industrial Engineer, Victor has 24 years in the Aluminum Extrusion Industry – an outstanding 22 year career with Aluminio Conesa has culminated in our being fortunate to have inherited all that experience. Victor has been with ABC for the past two years.

Additionally, Victor has participated in almost every one of the major aluminum extrusion seminars (held every four years) since 1992 and has been an Evaluator in State and National Quality Awards. 12 subjects passed in Master Business Administration (ITESO Guadalajara).

Victor is fluent in English and Spanish

Graduating as an Industrial Engineer, Monica brings to ABC a great work ethic, and the knowledge and understanding of how to hire and manage a great team; and a team that understands the expectations of international customers.

This is especially important because 90% of ABC’s production is for clients in the U.S. and Canada, even Europe. Bosch is a client as are other leaders in their respective industries.

Monica has Fortune 500 company experience, the most recent of which was with Plantronics where she had a similar role, and from where we were fortunate to hire her. Monica also speaks English perfectly.

A banker (Chartered Institute) and a Credit Trained Marketing Officer and Assistant Treasurer with The Chase Manhattan Bank, now J.P. Morgan Chase, in London, 17 years, with clients including American Airlines and Mercedes Benz, Tim has since been the owner of The City Search Consultancy, in London and Atlanta, that he sold, then Head of Research for a leading international headhunting firm (Mayfair-based Norman Broadbent International) with five offices in the U.S. (U.S. Head Office in Atlanta) placing executives for Times 100 companies. Transitioning to marketing with a 25 year established advertising agency based in Pittsburgh, with offices in L.A. and San Diego, Tim has very successfully led ABC’s marketing since 2009, and is now increasingly involved with managing relationships as well.

“Again, my personal thanks to everyone in this close-knit and loyal team” – Wadih Kuri

Holiday Greetings from Everyone Here at ABC 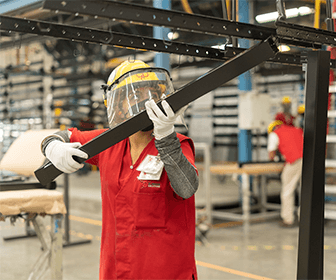